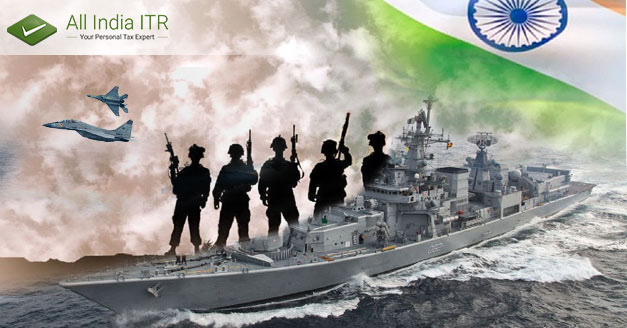 Considering their daily risk to life and limb does an Indian soldier receive special exemptions from income tax on his return form? Life as a service conscript is different from other professions in terms of obligations and risk involved.

As a member of the Indian Army, for example, an ordinary soldier is bound to obey orders regardless of his human instincts or danger involved in a particular task. People would remember video grabs of the Doklam standoff with members of the Chinese PLA over incursion into what we consider Bhutanese territory for whom India owes responsibilities of defense and sovereign integrity. If you felt pride at the resolve and restraint displayed by these men in successfully keeping the Chinese at bay then you are a consumer of a public good. A country’s defense is a benefit that is enjoyed by all its citizens but none can be excluded from receiving those benefits.

They have liabilities, families to feed and plan for their children’s education to name just a few of the ways in which their life is different from a civilian’s. The scenario is only slightly better for members of the navy and the air force.